Allozymes hosts a team of innovative, inspirational, and creative entrepreneurs and scientists with more than 20 years of experience in enzyme technology, bioprocess design, biotechnology, microfluidics, and machine learning. We are mission-driven, working and learning together to build a better future for humankind, reducing carbon emissions, preserving the environment, and generating innovative solutions to the world’s most pressing issues. We are creating the blueprint for sustainable production. 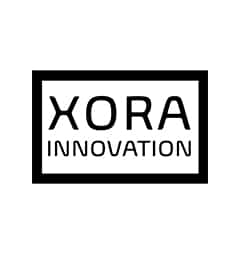 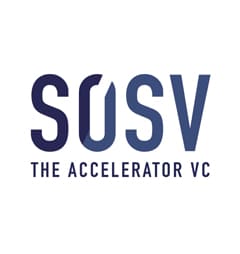 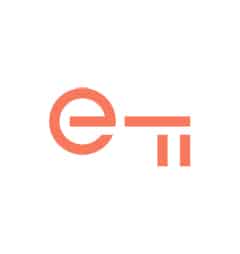 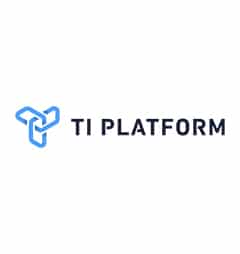 Check out our job openings

Dr. Peyman is a scientist-entrepreneur with extensive experience in transferring technologies from the lab to the market. He received his Ph.D. from the National University of Singapore (NUS) during his PhD, led industrial-academic collaborations focusing on bioprocess and process scale-up. As a serial entrepreneur, he now leads Allozymes to spearhead an advanced technology to revolutionize biotech adoption in different industries.

He started his first company at 22 leveraging the needed pathway of the lab to market, which grew to a 50-person company. Prior to starting Allozymes, Peyman joined a technology consultant firm as head of business development, expanding the company into East Asia and the Middle East.

Dr. Akbar is a scientist-entrepreneur and received his PhD in Biocatlysis from National University of Singapore (NUS). He invented Allozymes’ technology when he was serving as a lead research fellow at NUS.

Akbar has more than 10 years of experience in various aspects of enzyme technology and has delivered several industrial projects for various sectors such as pharma, food, and feed. Now he is leading the development of futuristic biotechnological solutions to the most pressing industrial problems at Allozymes.

Dr. Deepak obtained his Ph.D. in 2014 from the National University of Singapore in 3D Biomaterials and Tissue Engineering. He also trained in Design Thinking and Medtech Commercialization with the Singapore Stanford Biodesign Program.

Dr. Deepak furthered his passion for industrial bioprocesses with BTI Biotechnology Institute, A*STAR – Agency for Science, Technology, and Research, managing a small research team and building new IP around biochemical assays from idea to market in a short span of 2 years. Most recently, he was with Ferrero for 5 years leading open innovation and strategic commercial partnerships for APAC and managing Asia Raw materials function in Agri-foodtech, Biotech, Sustainability, and Applied digital solutions.

Most recently, Ali worked at Novozymes for 10 years, where he occupied diverse roles such as Science Manager, Department Manager, Scouting for Innovative Technologies, and Technical Service Manager. At Novozymes he spent most of his years in R&D, engaging in-depth with enzyme and microbial screening, as well as expanding his role to the business side working to answer customer projects with strong innovation.

Dr. Erik de Vries studied Organic Chemistry at the University of Groningen in The Netherlands. After obtaining his PhD in 1997 and during 8 years of postdoc, he started his own spin-off company involved in enzymatic technology. After a successful sale of the company to Codexis in 2006, Inc, he moved to California to work at Codexis in various functions with increasing responsibility. After Codexis, Erik was Technical Sales Manager LifeTech Resins at Purolite, Sales Manager North America at the strain engineering company Amyris and then West Coast BD Manager at the Swiss pharma contract manufacturer Dottikon Exclusive Synthesis AG.

After moving back to his home base in The Netherlands in 2018, Erik started his own biotechnology consulting company and has been involved worldwide in the early stages of numerous biotech and deep tech start-up initiatives. Erik is currently the CEO of the biotech Enzymicals AG (Greifswald, Germany) and he is a member of the (Technical) Advisory Boards of FabricNano Ltd (London, UK), and of Allozymes.

Mr. Scott Chaplin earned his Bachelors in Food Sciences from the University of Maryland, and has spent decades working in fragrances, food, biosciences, and more.  Scott is a successful leader of many commercial groups in the global market today.  Having spent the last 30 years in the managerial level of biotechnology and F&F industry, Scott has supported companies to drive a commercial value proposition in the industry with a strategic focus on revenue enhancement, new product and technology introductions, P/L assessments and competitive analysis across North America, Europe, China, etc, thus earning him the name ‘commercial expert’.

For the past 12 years, Scott has been Principal at SCMC Consulting firm, which focuses on business support to the Flavor, Fragrance and Ingredient industry with emphasis on the F&F, FMCG companies in the Food, Beverage, Confection, Dairy, Pharma, Nutraceutical, Cosmetic and Food Service industries.

Isabelle is the Founder & CEO of ID Capital (idcapital.com.sg), a company incorporated in Singapore in 2012. Recognising the need to change food systems to address environmental and health issues it soon specialized in VC investments in agrifoodtech in Asia Pacific. In 2016, to accelerate the development of this nascent ecosystem and embark industry leaders to help evolve mindsets, it launched the Future Food Asia Award, the 1st-of-its-kind regional start-up competition culminating in the annual Future Food Asia Conference (futurefoodasia.com), an initiative supported by Singapore EDB since its inception.

In 2019 ID Capital was appointed as a co-investment partner in agrifoodtech start-ups by Singapore SEEDS Capital and has since further developed its venture capital investment activity. In 2021 it opened a subsidiary in Shanghai, China and started expanding its activities out of Europe in 2022.

The longest running company covering the entire Asia-Pacific agrifoodtech sector, ID Capital is in a privileged position to anticipate long term trends deemed to share the future of food.

Prior to founding ID Capital, Isabelle has had a 20-year corporate career in the luxury and beverage industries (at LVMH, Richemont, Kering groups, and lastly as SVP Marketing & Communications for the Cognac brand Hennessy, member of the Executive Committee) before moving to Singapore in 2012.

Isabelle holds a Master of Engineering, Science and Technology from Ecole Polytechnique (France), which is administered by the Ministry of Defence. She did her (then compulsory) military service in the French Army Corps of Engineers.